Unlike the majority of unique archival records created by state and local agencies and preserved by the Utah State Archives, publications are meant to be widely distributed. They are an opportunity to convey information to the public. It is, after all, the public’s right to know the activities of their government agencies. In United States Government Publications (1949), Anne Morris Boyd describes the value of government publications:

Government publications, commonly called public documents, are among the oldest written records…They are the sources of political, economic, and social history of peoples of all times…They contain the history of civilization itself in all its aspects.

Every nation today issues more or less regularly the records of its work as a government. The documents containing these records in their original form, that is their form before publication, are preserved usually in the nation’s archives; in their published form they are collected and made available in libraries for reference and research use, and for keeping people informed of the far-reaching and complicated functions of their government…and its innumerable services to them.

From the time of statehood in 1896, and continuing until 1956, biennial reports of Utah's state government agencies were submitted either to the Governor or to the Legislature and then collected, bound together, and published as the Public Documents Serial Set (Series 240). There is an online index to agencies with reports in the set.

The Administrative Digest continued where Public Documents left off, compiling, editing and publishing annual reports from state agencies in a single volume from 1957 to 1966 (Series 3530).

For the time period they cover, both of these sets are an easy way to access annual reports from agencies all in one place.

The Utah State Archives is part of the statewide depository program from which it receives most recent publications from agencies, since only a few are sent directly to the Archives. 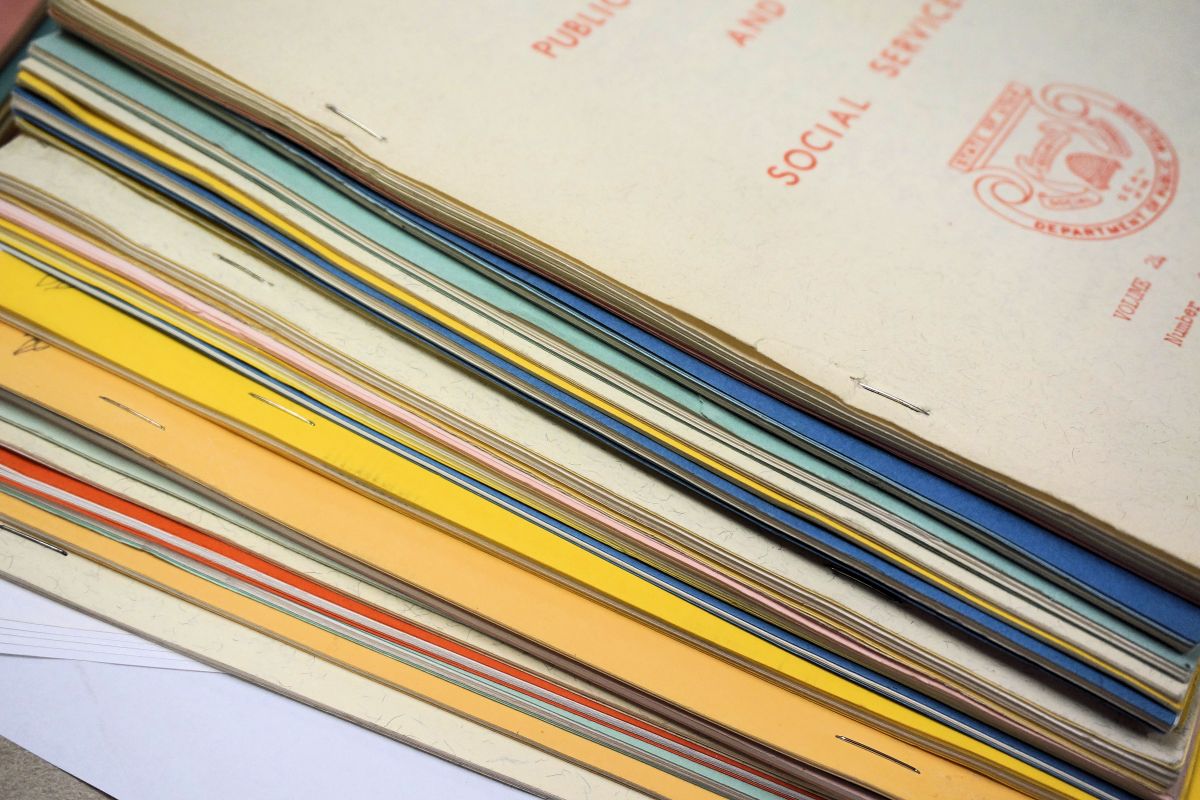 All records at the Utah State Archives, including publications, are organized by the creating agency. For small, isolated sets of publications, the item will be stored in a record series attached to the lowest agency level, such as a division. Such series are simply entitled "Publications" and there are several hundred in the Archives' collection. Most have not been fully processed and described. Some have a series inventory online, but there is usually only a box list with date ranges. Other publications that have longer historical runs will have a dedicated series, such as the Office of Planning and Budget's Utah Data Guide, 1982-2007 (Series 4477).

What this means is that many individual publication titles, such as the 2005 Annual Case File Review Findings from the Utah State Office of Rehabilitation, will not be found in the online catalog by that title, but instead under its creating agency's Publications (Series 11994).

As a result, the most effective method for finding a publication is to figure out the structure of state and local agencies and then search for series attached to the identified agency. There are many tools both online and available through the Research Center to aid in this process.