Herbert Brown Maw was a native of Utah. He was born in Ogden and later moved to Salt Lake City. He served in the United States Army from 1917-1919. He taught Speech and Political Science at the University of Utah and served as Dean of Men from 1928 to 1936. He was elected to the Utah State Senate in 1928 and served ten years during which he was senate president for four years. As a senator he advocated direct primary elections, old-age assistance programs and government control of public utilities. Governor Maw made an earlier attempt for the gubernatorial nomination but lost to Henry H. Blood, the more conservative member of his party. He won the bid in 1940 when the first direct primary was held and went on to defeat Republican Don B. Colton.

Maw's first act as governor was to reorganize the executive branch. He cut many commissions, boards, and bureaus and replaced them with fewer departments with heads directly accountable to the governor. Under this reorganization the Publicity and Industrial Development Department, a pet project to Governor Maw, was created. The department built access roads to scenic attractions for movie makers and built a natural history museum in Vernal, Utah. The spending for the department was somewhat controversial. Response to World War II was of major concern during Maw's terms. He succeeded in bringing military facilities and related industries to Utah. This brought employment and money to Utah ending the decade-long economic slump. Governor Maw's stance on Japanese relocation is somewhat sketchy. He opposed resettlement of voluntary West Coast evacuees on the Wasatch Front but vetoed legislation prohibiting some Topaz residents from acquiring land in Utah or leaving the internment camp. He also approved a bill prohibiting Japanese aliens from owning or leasing land on a long-term basis.

Governor Maw won a slim victory over Republican J. Bracken Lee in 1944. During the campaign the Governor's supporters created a pamphlet, Morals and the Mayor, suggesting relaxed laws in Price under Mayor Lee. During Maw's second term attention was paid to highway programs, water projects, and education funding. Before his second term ended, the state's handling of welfare and liquor became dubious issues. Critics believed the governor had extensive unchecked power over public relief programs and funding. Explosive allegations were being hurled against the Liquor Commission, and a store operator and head of the state's liquor enforcement agency were convicted of embezzlement and bribery.

Maw sought a third term but lost to J. Bracken Lee. Some attributed this loss to the "Dear Brother" letter. This letter was sent to Mormon leaders asking for support. The recipients of the letter did not appreciate the attempt to influence others through religious affiliation and it backfired. After the losing the election Maw retired to private law practice until his nineties. He died in 1990. 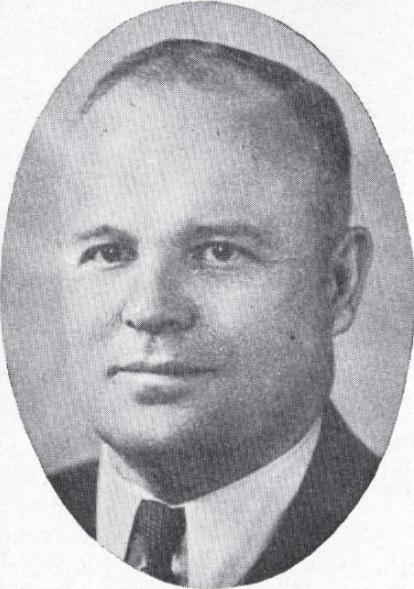