In Utah, state officers are required by both the federal and state constitutions to take an oath of office. The Constitution of the United States requires members of the legislature as well as all executive and judicial officers of the states to be bound by oath or affirmation to support the federal Constitution (Article VI, clause 3). The Constitution of Utah specifies the wording of the oath to be taken by "all officers made elective or appointive by this Constitution or by the laws made in pursuance thereof, before entering upon the duties of their respective offices" (Article IV, section 10). Note that the text has changed, effective January 1, 2017.

The Oath is to be stated as found in Article IV, section 10:

§ 78B-1-142: “Every court, every judge, clerk and deputy clerk of any court, every justice, every notary public, and every officer or person authorized to take testimony in any action or proceeding, or to decide upon evidence, has the power to administer oaths or affirmations.

How to File an Oath of Office of a State Official

Once administered the Oath of Office, a state official should check with the agency that administered the oath and the official’s own agency to see if there are specific procedures in place to ensure the oath is properly filed with the State Archives.

If there are no set procedures, the original signed hard copy oath should be sent to the State Archives as mandated by state law, (Utah Code § 52-1-2 (2)), either by mail or hand delivery to:

Even though there is no specific time frame as to when an oath should be filed with the State Archives, state officials should do so as soon as possible. Utah Code § 76-8-203 states, “A person is guilty of unofficial misconduct [a class B misdemeanor] if the person exercises or attempts to exercise any of the functions of a public office when the person has not taken and filed the required oath of office[.]” 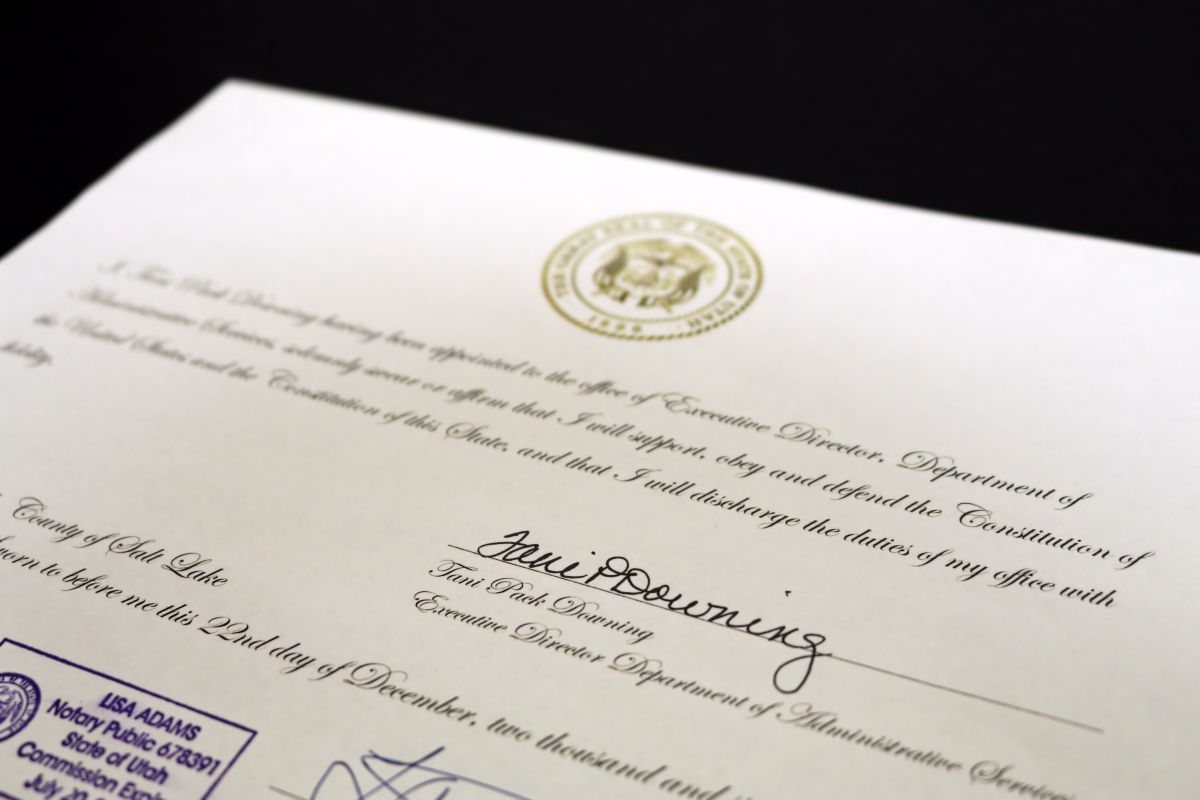 How to File an Oath of Office of a Local Official

Oaths of Office for local elected officials should be filed with the correct entity by mail or hand delivery as noted below:

§ 10-3-829.   Acts of officials not voided.
No official act of any municipal officer shall be invalid for the reason that he failed to take the oath of office.